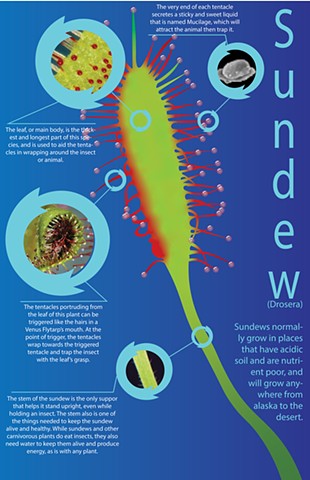 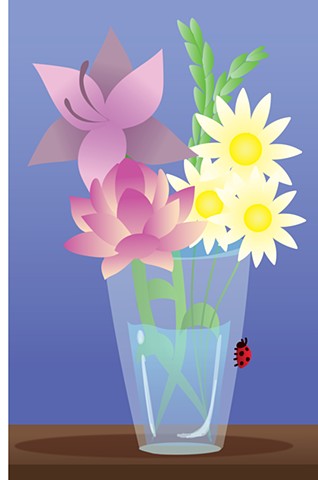 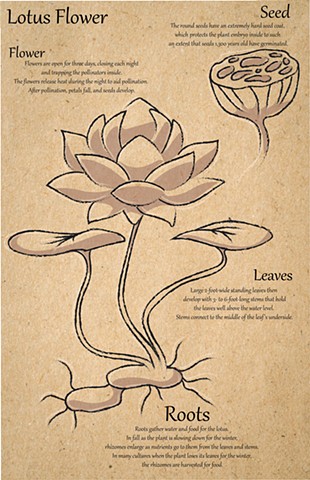 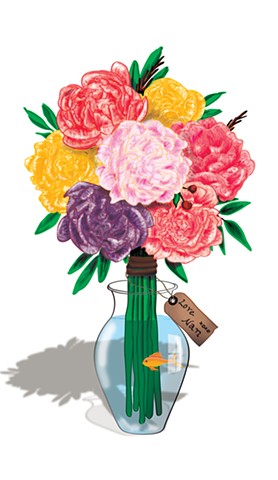 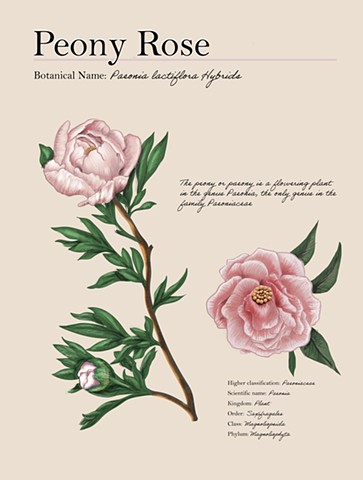 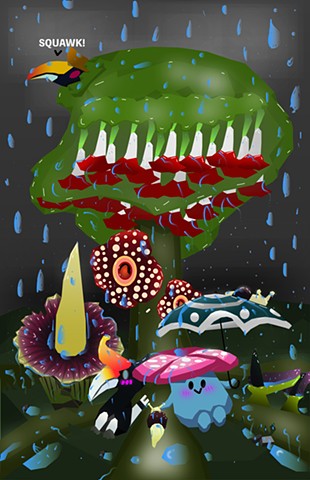 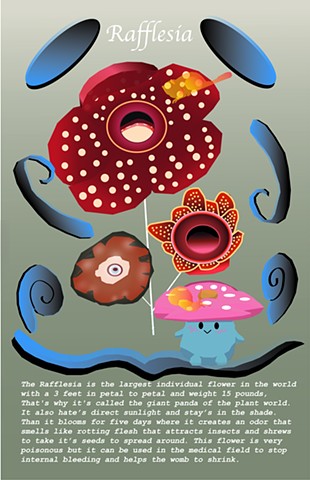 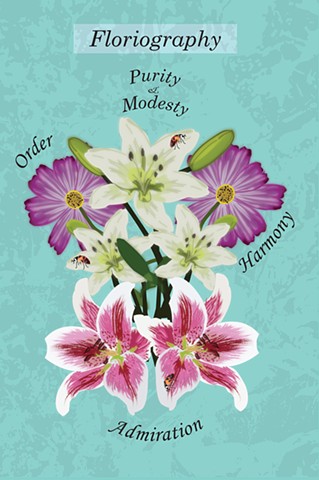 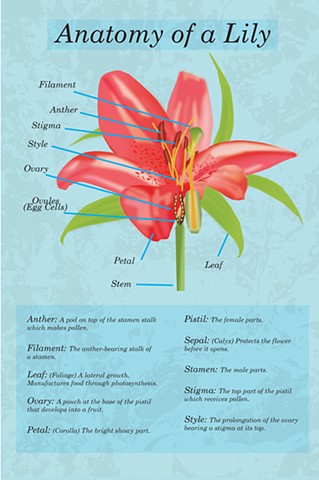 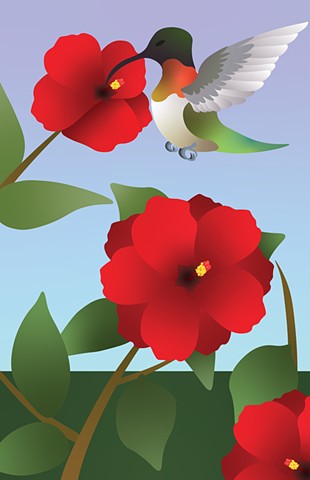 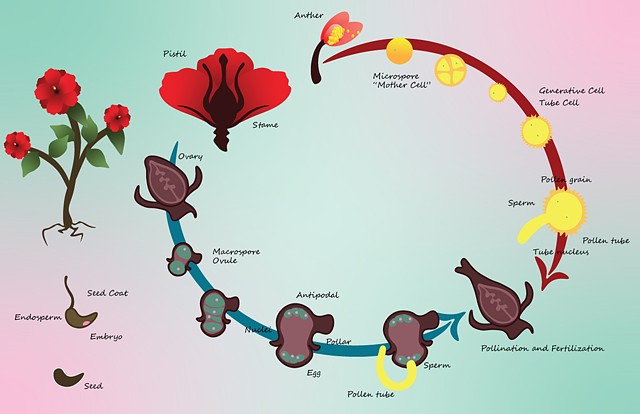 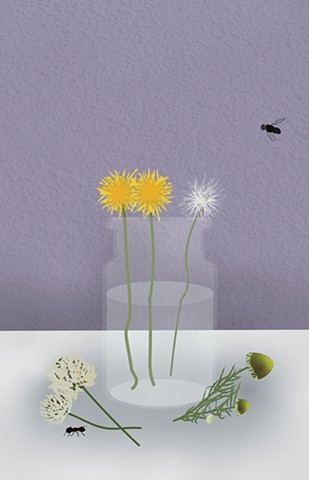 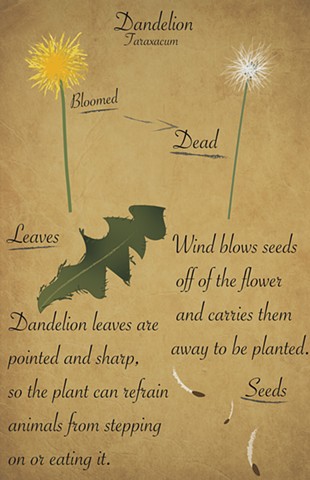 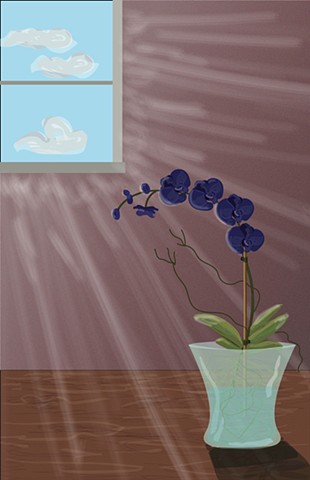 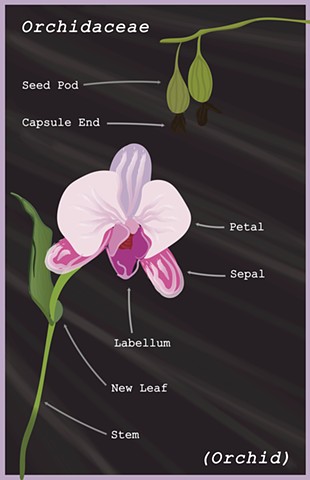 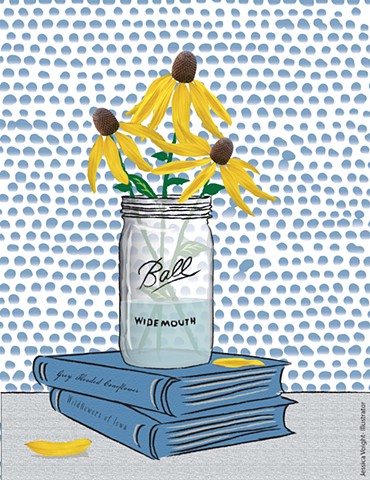 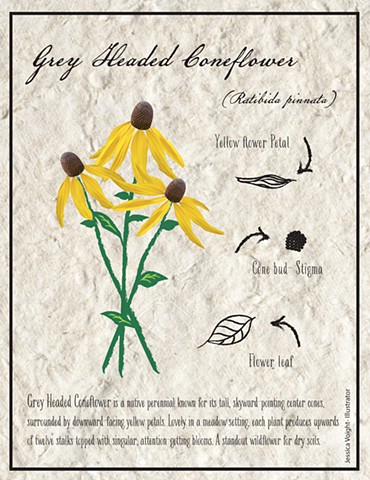 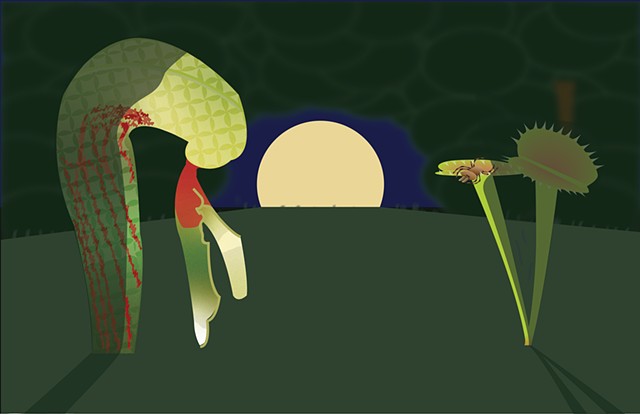 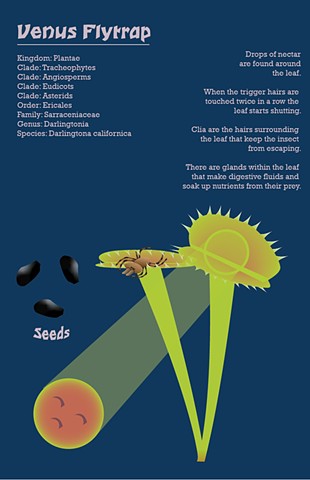 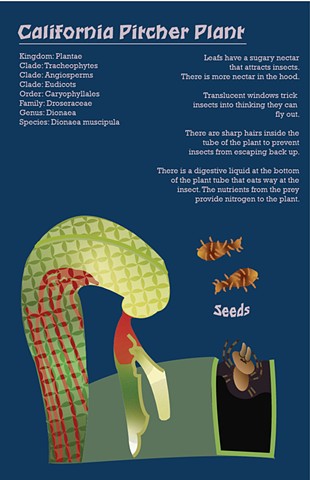 -- Collect the following images: Bouquets of flowers in glass vases, Science diagrams of flowers (these include labels), Vintage botanical illustrations -- In your sketchbook, create 3 compositions for both parts of this project. Consider the following: What are you focusing on? What is your vision? -- Consider the mood and aesthetic feel that you are aiming to achieve. What type of color palette are you leaning towards using? Why? Part 1: Illustrating New Environments / A Creative Bouquet of Flowers Create a full page creative illustration depicting 1 of the following options:

Option 1: Illustration of flowers in a clear vase of water -- Minimum of 3 different species of plants within the vase. -- Include at least 1 bug or animal within the bouquet.

Option 2: Illustration depicting an environment -- Use inspiration from the following historical illustrators: Maria Sibylla Merian, William Bartram, Mark Catesby, and John James Audubon. -- For example, Merian did not simply depict specimens in isolation, but gave a more comprehensive, contextualized picture of the living creatures by depicting them in different life stages and situated on their presumed food-plants. -- Include at least 1 insect or animal within the illustration. Part 2: Scientific Botanical Illustration Create a scientific botanical illustration using the plants/flowers depicted in part 1. Include the following: -- Details of plant structure and life cycle (roots, fruit, flowers) -- Taxonomy / binomial nomenclature -- Optional: microscopic depiction of parts of the plant -- Illustrators to review: Ernst Haeckel, Albrecht Meyer, Georg Dionysius Ehret