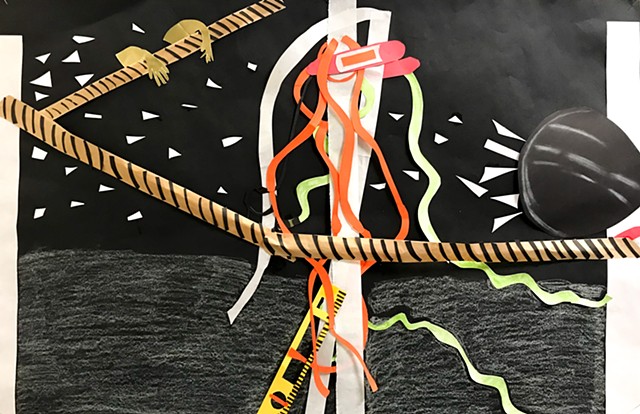 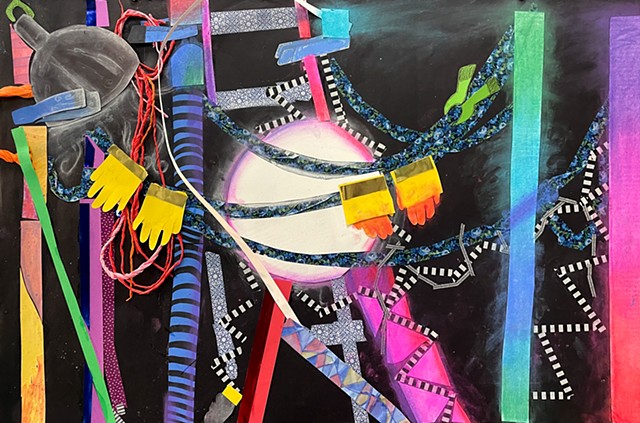 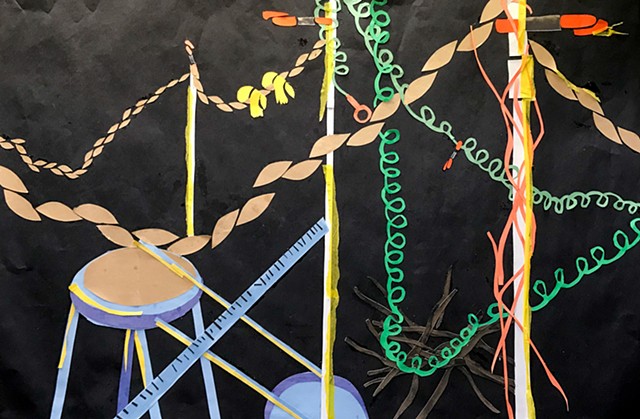 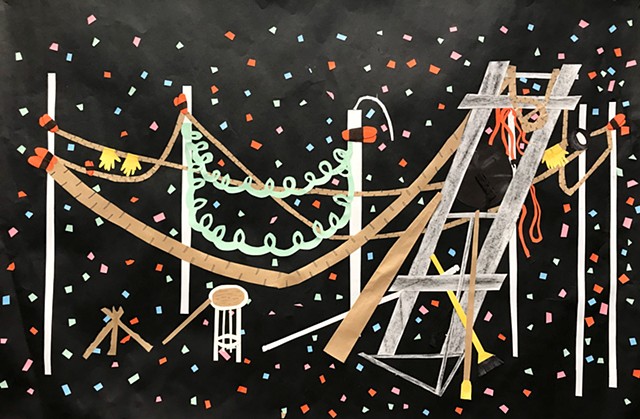 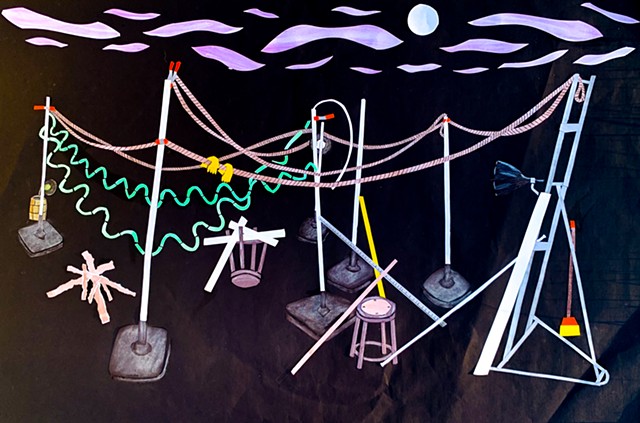 Introduction This project explores a dynamic composition of linear objects and how they move in space. Line is probably closer to the essence of drawing than any other attribute. The goal of this project is to have students understand the importance of the descriptive roles of drawing media and how they inherently carry different references to ways we understand the world. Students will learn how to make a mark (or marks) characterize a linear object and its action in space.

Step 1: Create a Group Installation -- Students are asked to bring at least five linear objects to class such as pipes, ropes, branches, ribbon, bamboo, rubber hoses, etc. -- In the middle of the classroom, create a group installation of these objects: hang objects from the ceiling, stretch lines from wall to wall, drape lines over lines, or lean objects against a wall, etc.

Step 2: Ways of Seeing -- Look through viewfinders (made of an 8.5x11” piece of cardboard with a 4 ¼ x 6” window cutout) to see a cropped portion of the installation, and are then asked to analyze verbally the kinds of linear actions they see: “taut,” “fast,” “limp,” “gnarly,” “coiled.” -- In your sketchbook, find marks that simultaneously describe the objects and how they move in space. Practice making marks that come as close as possible to describing the objects and their actions. -- The final descriptive marks are produced through the careful choice of medium (considering their different qualities and limitations) and the physical action used with it. -- Drawing media may be traditional and beyond: charcoal, pencil, mascara, dirt, etc. For example, describing a fast linear object such as a shiny pipe is different from looking at the interrupted surface of bamboo. -- Marks should not only describe the noun (what an object is) but also the verb (how that object activates space).

Step 3: Interpreting Shapes & Space -- Begin working on the large cutout interpretation of this still life. -- Use a large sheet of black paper as your base (approximately 20x30"). -- Seek a dynamic, open composition of these linear objects and how they move in space. -- Use the cutout method of cutting colored sheets of paper to represent these objects. -- Create watercolor washes in your sketchbook for cutup material -- Explore with adding other media into the project -- Experiment with folded and 3D paper techniques